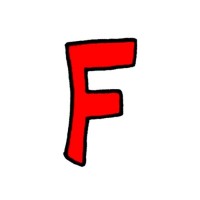 I came across Leonie’s work on Pinterest some time ago (and had the pleasure of meeting her last month!), and as you will see, was very impressed.  Her use of color is spot-on, and her artistic facial work…well, take a look for yourself!

Furies Magazine:  How old were you when you got your first tattoo?  Who did it?

Leonie New:  I was 20, and it was done at Tattoo Magic in Melbourne, by Dan Anderson.  I’m lucky I had friends with tattoos, so they recommended me to a few places, and Tattoo Magic is still one of the best shops in Melbourne. At that point, I really thought I was only going to get one or two tattoos, which seems hilarious now!

Furies Magazine:  Who taught you how to tattoo, and at what age?  How/where did you learn?

Leonie New:  I started out in country Victoria, under Gina Mezzino at Warragul Tattoos. I live in the city, so I had to commute between 3 to 5 hours a day to get there and back; which was pretty soul destroying at the time, but now that its over and done with it, was a great apprenticeship. It was so busy in that shop, and doing a bit of everything was a good lesson in the technical side of things. I was 27 I think, pretty late to start tattooing, but it took that long to think it was something I could do.  That was for 3 years; then I got a job in Melbourne.  So, now I get to ride my bike to work which makes me happy, and I get to do more of the sorts of tattoos I really enjoy!

Furies Magazine:  What is your favorite style to tattoo?

Leonie New:  I would say my favorite style would be anything illustrative, particularly girl faces, animals, birds, plants, and skulls. I guess I would say its a traditional style, maybe a bit neo traditional.  I like to put a certain amount of detail, but I try not to clutter it up.  I think tattoos should be clear enough to see what’s going on easily, and last for the persons’ lifetime!

Furies Magazine:  Do you have a favorite tattoo convention, and, why?

Leonie New:  I have only worked at one convention so far, last year in November.  It was the New Plymouth convention in New Zealand, and it was great!  I really had no idea what to expect.  I was pretty nervous, but it was so much fun.  I had thought it would be total chaos, but it was so well organised, it made it easy! I had no idea how many amazing international artists were there – all in this one tiny New Zealand town!

Leonie New:  Sooooo many people!  Even just in Melbourne, there are so many people to look up to. Getting tattooed by others is always inspiring, even though of course getting tattooed sucks.  I always enjoy myself hanging out in different shops!  I also love natural history stuff. I seem to accidentally collect books on botanical and scientific illustration, even though as tattoos this stuff tends to be more stylised, it’s still a huge inspiration.

Furies Magazine:  Any piece of advice for that Tattoo Virgin?

Leonie New:  Just basically come in with an open mind!  We often have to tell people things they don’t want to hear, and they sometimes take it personally; but its always for their own benefit, so they end up with a tattoo that will last forever.  And if you bring in something already drawn up, try not to have your mind set on it exactly as it is. We will probably want to redraw it!  Again, so it will work as a tattoo, and be something unique just for you.